Pen in Raigadh district is the epicentre of Ganpati idol-making in Maharashtra. The small sleepy town exports large quantities of idols to far-off lands like the US and the UK. But this year, just as exports were to begin, the coronavirus lockdown happened. Most idol makers are now hoping that the Vignaharta will save them from the economic crisis that they are about to face.

31-year-old Nilesh Samel and his brothers run the Deepak Kala Kendra started by his father where they make thousands of idols through the year. The workers in his factory are now putting in extra shifts and trying to finish the orders but the three months that they lost during lockdown have left deep worry lines on his forehead.

Samel says, “I used to make 25,000 idols every year. But this time due to lockdown, I have been able to make only 15,000. Most of my workers who live in the neighbouring villages could not come for work so idol-making came to a stop. I have suffered about 40 per cent losses because of this. Because of coronavirus, customers are also not coming to our village and we are unable to send the idols outside. I had orders from the US and many countries. But just when we were supposed to export, the coronavirus started spreading in the world. No one wanted the idols then. It takes about 50 days to get the idol from here to there. So we do not have the time to send it there now. We have somehow managed to at least send to nearby countries like Thailand and Dubai in the past few days.”

There are about 1.5 lakh idol-making factories in Pen taluka where more than 2 lakh people are employed around the year. The factories sell Ganpati idols at wholesale rates. From there the retailers sell these idols at a higher rate in other cities around the country. The people here take a break from work only for about 10 days during the Ganpati festival. Immediately after the festivities, work on procuring material and then the production of idols begin all over again for the next year’s celebrations.

Even though sanitisers are placed at the entrance of every factory and everyone is told to wear masks, there are hardly any customers coming to Pen this time. These idol makers tried to immediately adapt to the situation — they took pictures of the Ganesha models to confirm the design with customers on social media and started shipping idols to cities like Mumbai which is located 80 kilometres from Pen. With most of the consignments sent off by June, the businessmen here only prepare for some local demands around this time. But streets are right now packed with vehicles as most consignments are going only now. Idols are ready and waiting for customers at Pen. (Photo: Saiprasad Patil)

Tejas Samel, another idol-maker who is getting some of his idols loaded on a tempo while it rains heavily says, “I have been able to sell only 25 per cent of what I usually sell. I have made 5,000 idols this year but even 1,000 of these idols have not been sold as yet.”

33-year-old Sagar Pawar along with his brothers runs his family business of making clay idols of Ganpati. The clay for this comes from Gujarat and bags full of them are still lying in his factory. In spite of the many challenges faced by them, they refuse to use Gypsum or Plaster of Paris to make the idols. Ashtavinayak Kala Kendra run by the Pawars is the largest clay idol manufacturing unit in Pen. Even former Chief Minister Devendra Fadnavis bought his Ganpati idol from here. But this time around, there are big worries that Pawar and his brothers are facing. Sagar says, “We make about 35,000 idols every year. Due to lockdown, we faced a lot of problems. So when we have now started working, instead of 8 hours of work, we are putting in more than 12 hours and have somehow made about 28,000 idols. Most of our export orders got cancelled due to coronavirus while even domestic demand has not picked up. Until now we have managed to only dispatch about 4,000 idols. Some of our trucks were to leave for Navi Mumbai and Thane but both these area are again under lockdown. We are not sure if we will be able to sell all these idols before the festival starts this year.”

Pawar and many idol-makers like him in Pen have huge loans that they take. “We invest 10-months in this work and within two months, just before the festivity, we make our earnings and pay back the loans. It is not just me but many like me here in Pen who do this. All our gold and land is pledged for this loan. In fact, I want to request the government that if we are not able to sell our idols this year then the government should pitch in. Either the loan should be subsidised or we should be given more time to repay the loan,” adds Pawar. 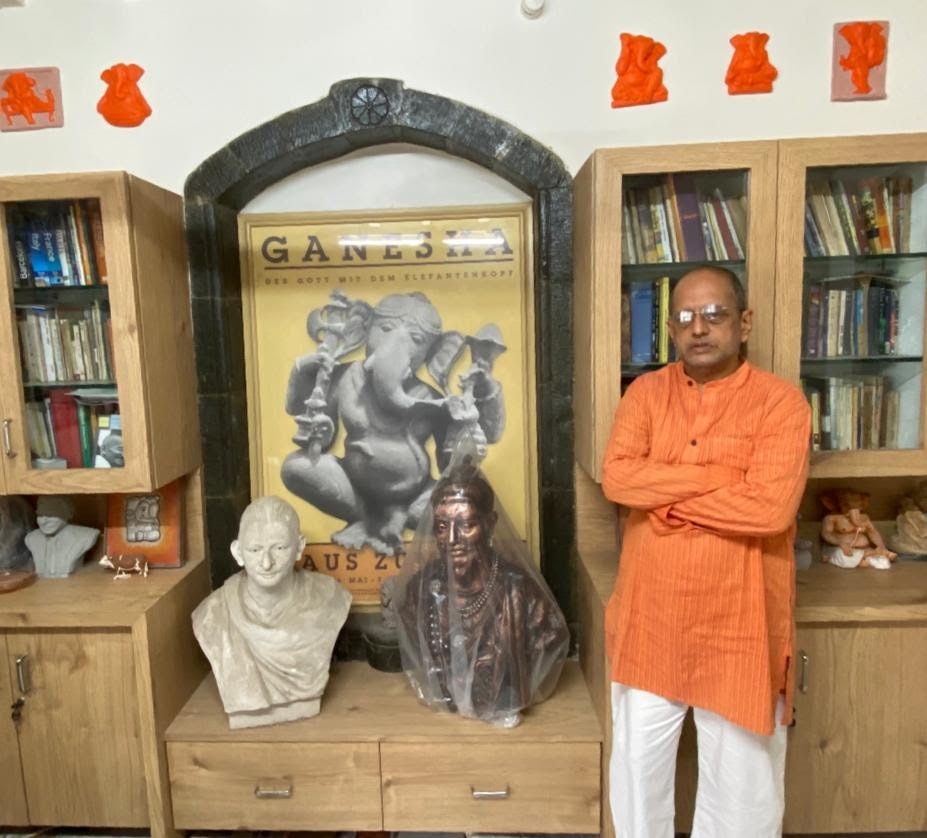 Shrikant Deodhar in his sculpting studio at Pen. (Photo by Saiprasad Patil)

Shrikant Deodhar who is President of Shri Ganesh Murtikar Ani Vyvsaik Kalyankari Mandal, an association of all the idol-makers in Pen says, “Most of the idol-makers are still trying to make sure that they sell all the idols as there are loan and insurance rules. Many people had also suffered during cyclone Nisarga. We have given a letter to the government, the local MLA and ministers have been in touch. We will be able to assess the situation only after the festival to see how many idols have been sold and how many are still remaining. If we are not able to sell most of our idols then we will speak to the banks as well as these are genuine reasons.”

Get real-time alerts and all the news on your phone with the all-new India Today app. Download from

Moving towards 100% renewable power (with a little help from sheep)